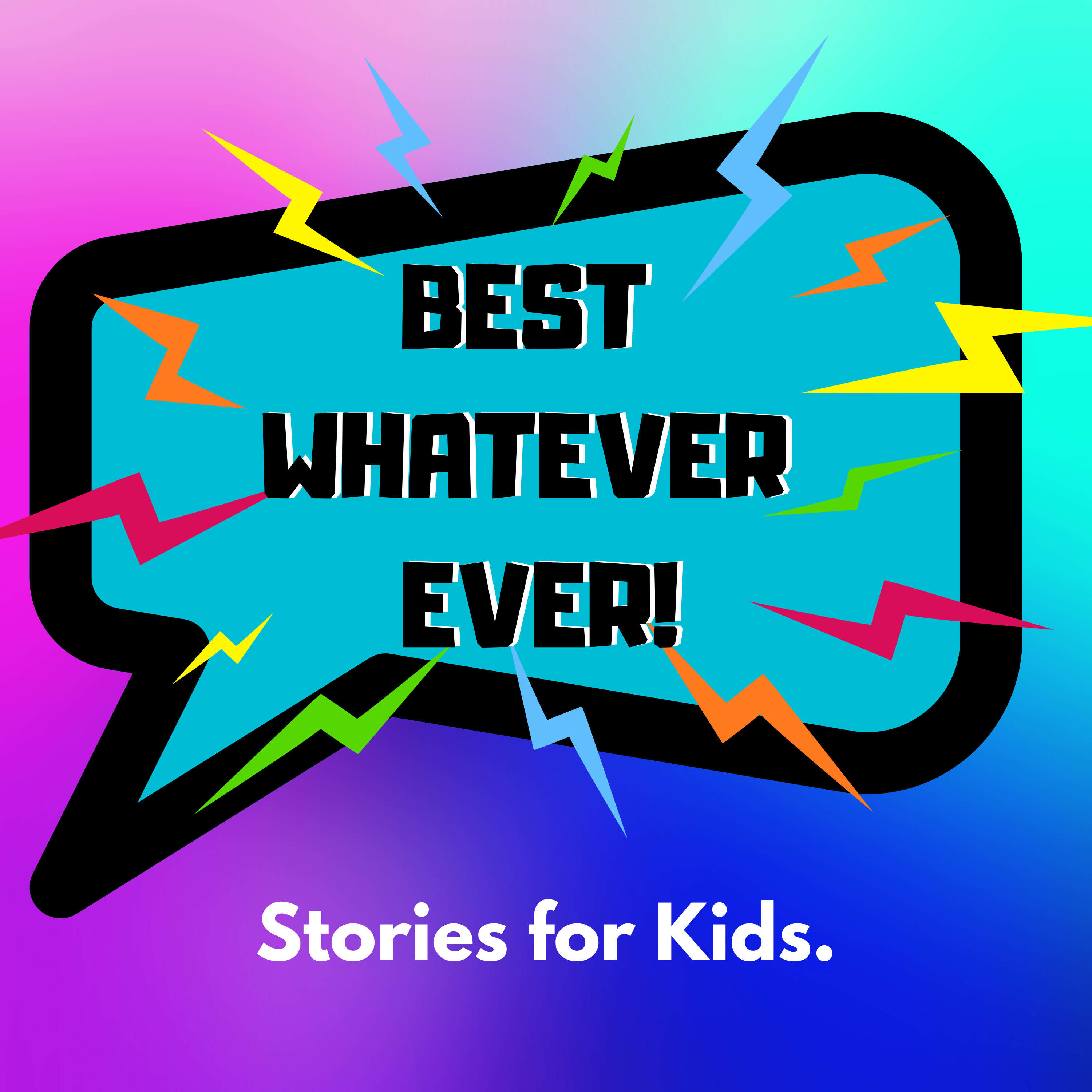 The Quest for the Toytastic Treasure: Part 2

from  Best Whatever Ever! Stories for Kids

PART TWO OF AN EPIC TWO-PART STORY. Edward is on a quest to find his grandmother’s missing present. It’s a journey that ultimately takes him to outer space. At the end of the last episode, Edward and his loyal dog, Alpha, arrived on the planet Mars just in time to witness the Martians preparing to destroy Earth with a giant laser cannon! Will Edward be able to stop them and save his home? And will he finally find his toytastic treasure? And what the heck is an Octo-Whale?!Thank you for listening! Please share, subscribe and leave us a review and rating on APPLE PODCASTS. Much appreciated!You can find us wherever you get your podcasts. Please share questions or feedback or art or… whatever via:Visit our website: TheBestWhateverEver.com Instagram @BestWhateverEver (tag us!)Twitter @BestWhateverPodFacebook Email bestwhateverever@gmail.com We’re even on YouTube. Best Whatever Ever! is a podcast for kids written, produced, edited and hosted by Ira Singerman, along with his bosses Spencer and Scarlett. Our theme song is by Sander Kalmeijer. Additional songs and sound effects from storyblocks.com. ==== Time Stamps ====02:49 - The story starts here!12:23 - The outro with Ira, Spencer &amp; Scarlett.  And we hint at the next episode’s Whatever!===================...more

Best Whatever Ever! Stories for KidsThe Quest for the Toytastic Treasure: Part 2Best-Whatever-Ever-Stories-for-Kids-The-Quest-for-the-Toytastic-Treasure-Part-2key_live_lptrw06RFF8SZac9b3YjUhilAylVKviZ